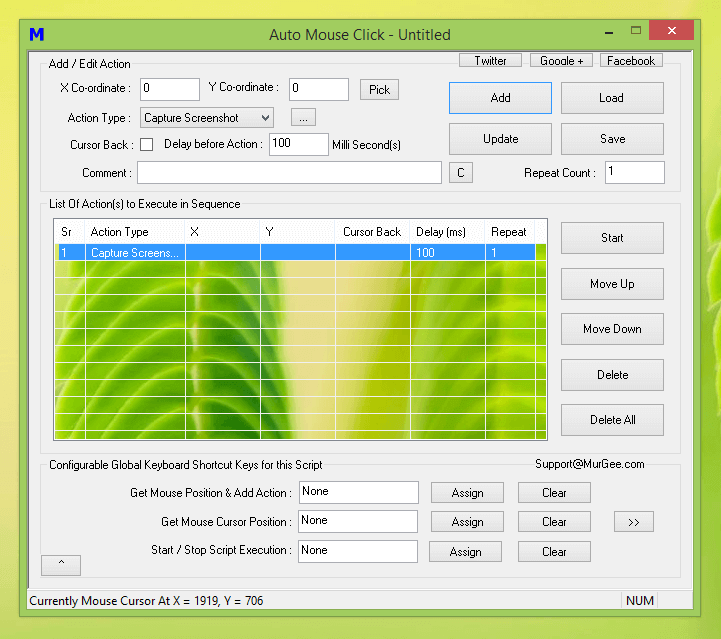 Capture Screenshot from a Macro Script with a Windows Automation Software

You can use Windows Task Scheduler or any other Scheduler Program to capture Timed Screenshots. All the Screenshots are stored by the software as .bmp high resolution files so that you can later analyze the happening on your Windows Computer.  Since Bitmap Files occupy large space on Hard Disk, just make sure that your Hard Disk has enough Space in the Installation Folder of the Software. In Order to view the Captured Screenshots, you can use the Middle Mouse Click menu to open the Software Installation Folder where the Captured Screenshots are Stored by Every Macro Script. 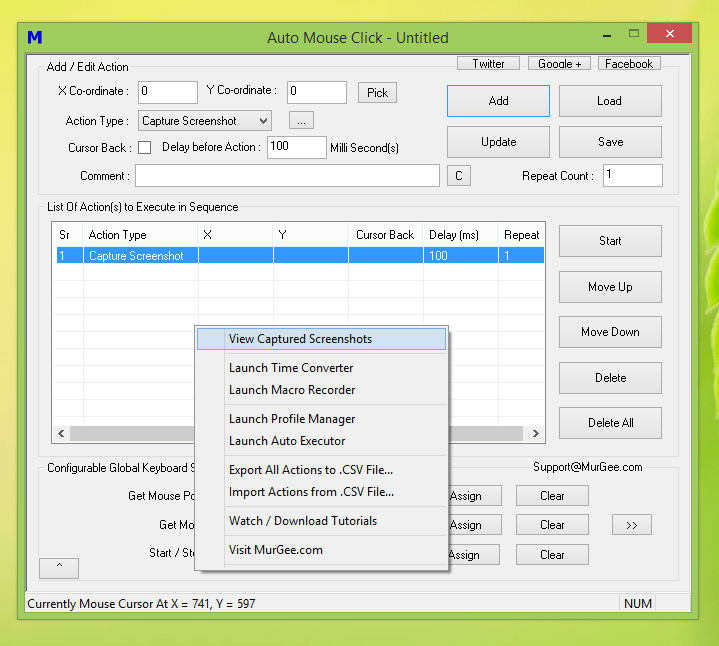 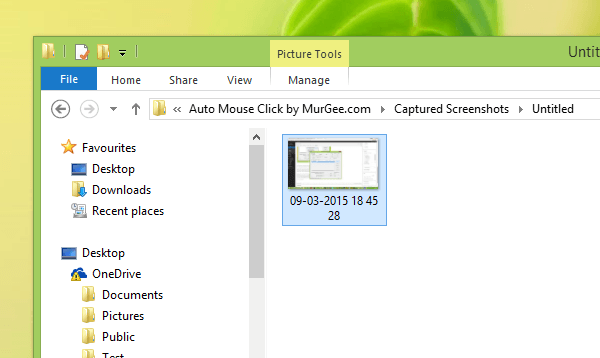 Download the Auto Mouse Click Software which is a really Simple and Yet Sophisticated Windows Automation Tool. It is a Shareware Application or in other words, you can download and try it for Free. Once you are fully satisfied with the features offered by the software, you can Pay the Software Registration Fees and Automate your Screenshot Capture Task really easily. Yes, it works on Windows 10, Windows 8.1, Windows 8, Windows 7, Windows Vista and even on Windows XP.