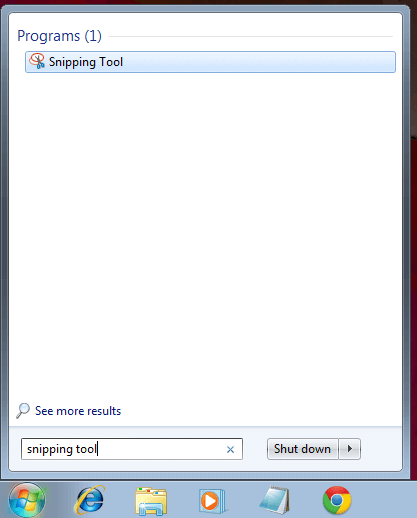 Locate and Launch Snipping Tool to Capture Screenshot in Windows 7

Launch Snipping Tool from Start Menu as displayed in the screenshot above. Once you have located the Snipping Tool, launch it and you are ready to capture screenshot in much more advanced way. As Snipping Tool is from Microsoft, you can expect flawless performance and all the advanced features you would need from a Screenshot tool. 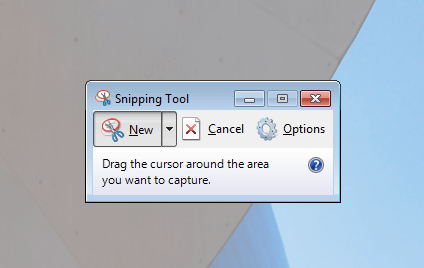 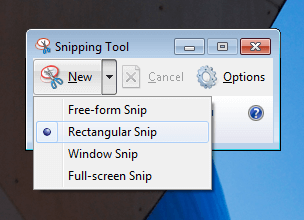 The above Screenshot was captured with this Snipping Tool using the Window Snip option and saved as a .png File. The Image quality produced by Window Snip option is the same as produced using the Alt + Print Screen Keyboard Keys to capture Screenshot of a Window. This Screenshot Tool allows you to save the captured Screenshots to PNG, GIF, JPEG and MHT file. Basic Image Editing is also supported in this Snip Tool which should be sufficient for basic purposes.

Save Screenshot as HTML, PNG, GIF or JPEG File

By default the Screenshot captured with this Snip Tool is copied to Clipboard as well. You can always replace the image in clipboard using any of the methods including Prt Scr Key on Keyboard, Alt + Prt Scr Button on Keyboard or simply create a new snip and confirm the image in clipboard by pasting it in any available Image Editor or Word Document. Yes this Screenshot Tool can be really time saver.