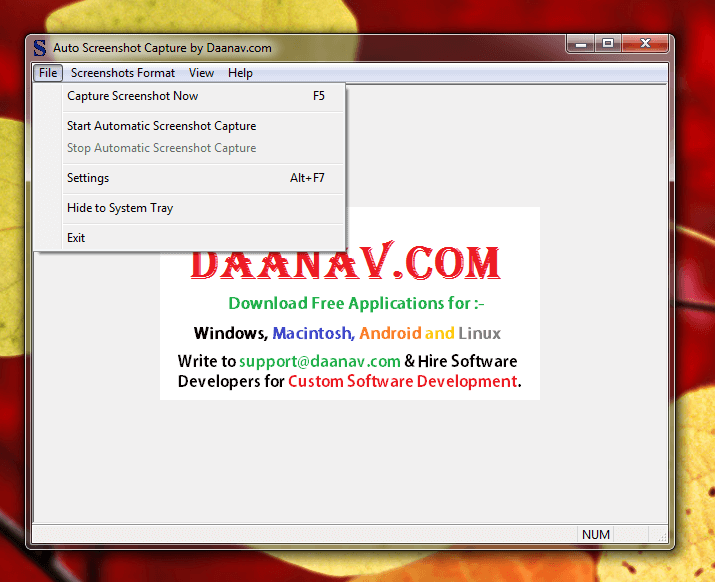 There can be lots of reasons to Auto Capture Screenshot of a Windows Computer like Monitoring of a specific Application for Performance testing, during Regression testing, Employee Monitor, Child Activity Monitoring, etc. Using Auto Screenshot Application can even be result in breach of privacy and on the other hand can be a really valuable tool. Automatic Capturing Images from a Webcam can also be done using Auto Webcam Capture and is similar to taking a screenshot, however when images are captured from a Webcam, Camera the image captured is from an optical lens instead of a display Monitor. 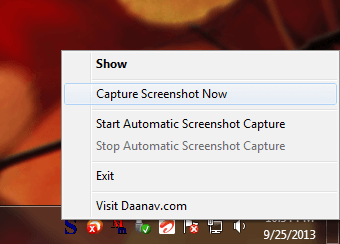 Video Recording can be a good alternative to Spying Screenshots of a Windows Computer, however if the captured screenshots are to be transmitted to other location using internet, transferring Video Data can take time and higher internet data usage. Overall there are lots of other Screenshot Spy Software Applications available which are designed to do the Spying. The Auto Screenshot Application is not a spy Application and displays an Icon in the Notification Area and a corresponding Menu Item to exit the application. 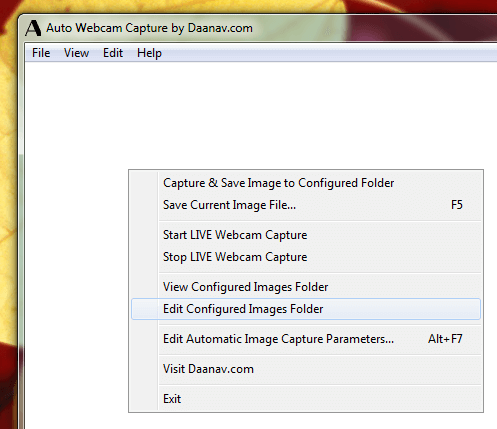 Automatically Capture Screenshots from Webcam on a Windows Computer 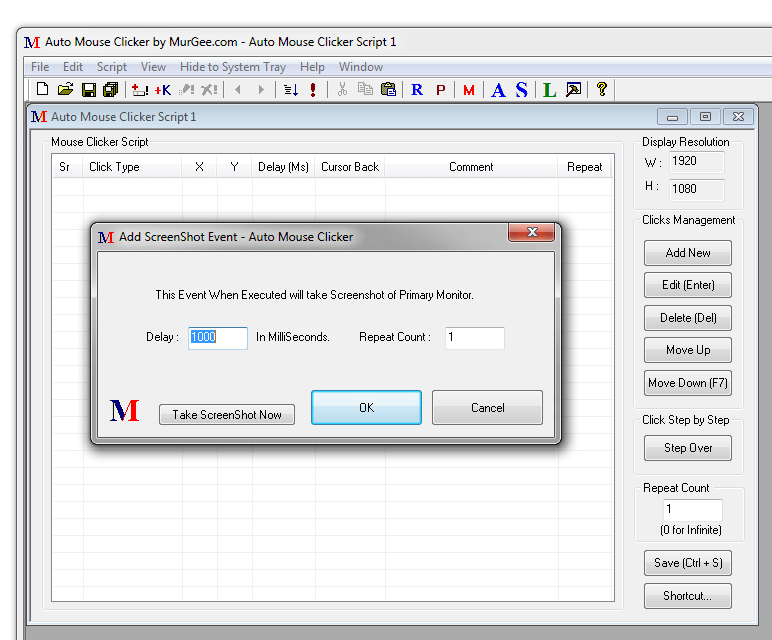