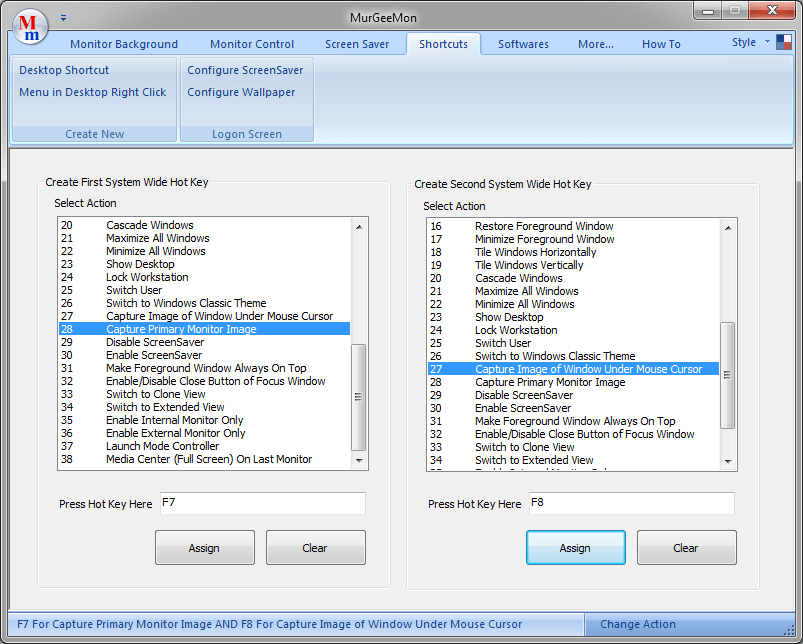 Using Alt + Prt Scr button to take a Screenshot of Active Window results in a smaller image file and can be used to share only related information. The Screenshot as displayed above was taken using the Alt + Prt Scr button and saved as a .png file. Note that default shadow of the Window is not visible in the screenshot and corners of the image are in dark color. 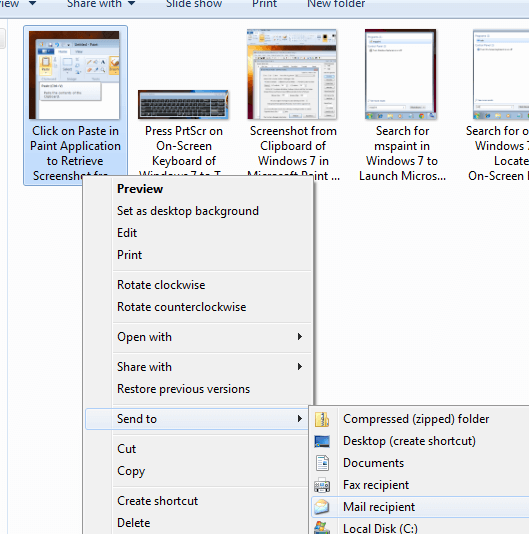 Once you do have the Screenshot stored as an image file, you can share it easily. Look at the Screenshot above in which a single Screenshot File is Selected and the Send to Menu option is used to send the Screenshot file to Mail recipient application which can be Microsoft Outlook, Outlook Express, LIVE Mail or any other email Client.

In a nutshell, use Prt Scr button on Keyboard to capture screenshot of your complete display and use Alt + Prt Scr key on keyboard to capture screenshot of only Active Window with focus. All the information presented in this post is applicable for all Windows Operating Systems later than Windows XP. Microsoft has introduced new Keyboard shortcuts in Windows 8 to store Screenshots automatically, however the usage of Prt Scr and Alt + Prt Scr Keyboard keys remain consistent even in Windows 8 and Windows 8.1 Operating Systems.