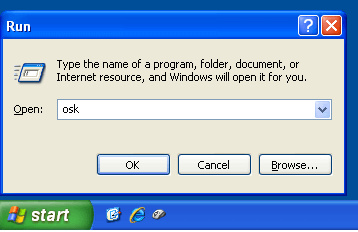 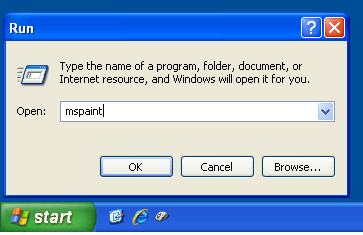 Paintbrush found in Accessories of Windows XP is an Image Editor which allows you to retrieve an Image Stored on the Clipboard. The Paintbrush Application also allows you to store an image to a file on your Hard Disk. In order to retrieve the Screenshot stored onto Clipboard, all you need to do is press the Paste Command found in the Edit Menu of the Paint Brush as displayed in the screenshot below. 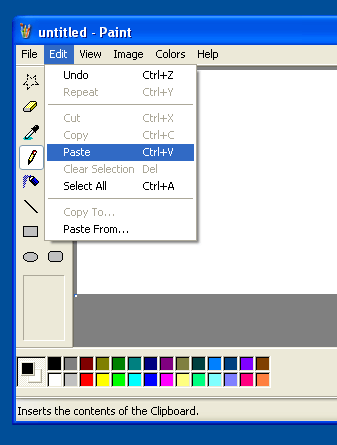 Once you have the Screenshot Captured in the Image Editor (Microsoft Paintbrush in this tutorial), you can click on the File Menu and click on the Save button to store the captured screenshot to a file on your Windows XP Computer.

This way of capturing screenshot using On Screenshot does not require the usage of Physical Keyboard and can be really useful when you want to take screenshot of your Windows XP Computer on a Kiosk Computer or even when your Keyboard Keys are broken. Yes the process of capturing a Screenshot might seem a little bit long, but there are multiple advantages to this way of storing screenshot like you can edit the screenshot before saving to external file, you can store the screenshot as a .bmp, .jpg or any other file format supported by your Image Editor and best of all, you do not need to download any other software to capture screenshot on your Windows XP Computer.